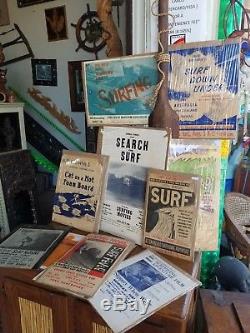 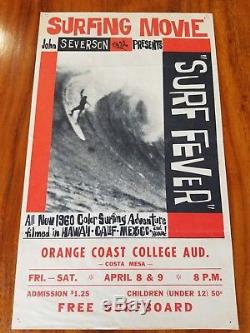 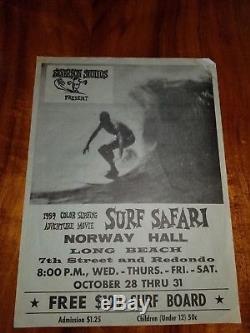 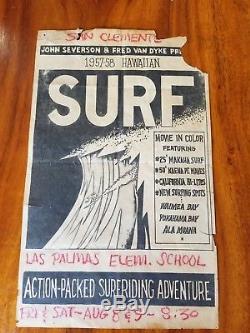 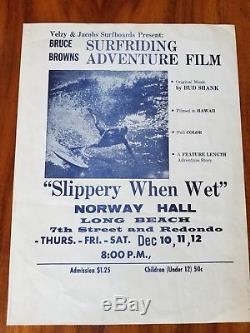 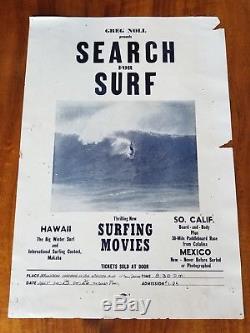 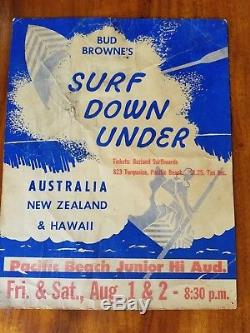 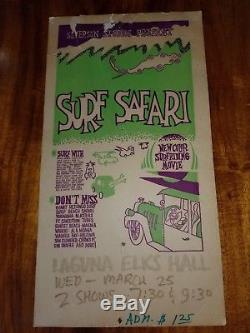 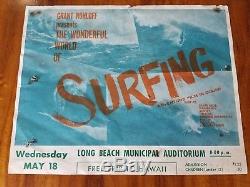 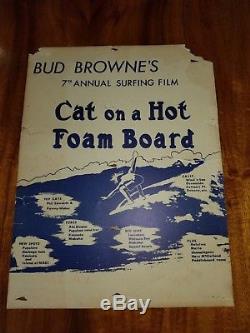 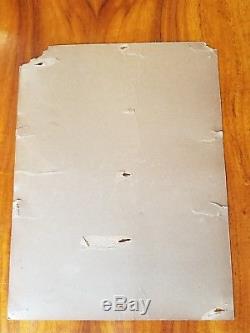 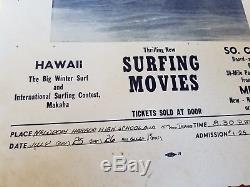 Aloha, Up for sale is an incredible collection of 9 of the rarest 50's and early 60's Surf Movie poster/handbills! Starting with the originator Bud Brown, then Bruce Brown, John Severson, Greg Noll & Grant Rohloff. All of these surf relics were originally taken down and preserved by one smart teenager and then enjoyed for the last 60 years, now their ready for a new home. This is a once in a lifetime haul of early days of surfing, some of these posters haven't ever hit the market. I'm also adding an original "Endless Summer" program! Unfortunately I couldn't post more pics, so feel free to message me for more detailed photos and info.

Can't believe it survived all these years in such good condition! MEGA RARE John Severson & Fred Van Dyke present "1957-58 Hawaiian Surf" I continued to film and completed the movie SURF (1957-58) in the spring. After a moderate success in Honolulu, Fred Van Dyke offered to show it in California.

Featured Tamarack, Brooks Street, Queens, Velzyland, Makaha, Sunset Beach and Waimea Bay. 8.5"w x 14"t Nice red and black colors Excellent original condition, has pinholes on all corners but no rips or tears. Most definitely a framer and hanger. BODACIOUSLY RARE 1st Edition (1957) Greg Noll presents Search for Surf Hand written probably by the Legendary Greg Noll Newport Harbor High School 7-25 & 26-1957 This is the first of 4 or 5 different films under the same title that were produced between 1957 and 1961. These films were used to promote Greg Noll surfboards.

It was shown at local high schools, projecting without sound and personally narrated by Greg Noll. 14"w x 20"t Simple blue ane and white Has some wear and tear from original hanging but this treasure belongs in a museum. Grant Rohloff presents The Wonderful World of Surfing (1960) Long Beach Municipal Auditorium 5-18-60 Featuring a surf safari to Santa Cruz, 15 foot waves at the Redondo Breakwater, Mazatlan, and 25 foot waves at Waimea Bay.